I Finally tried the Famous One Pot Pasta! 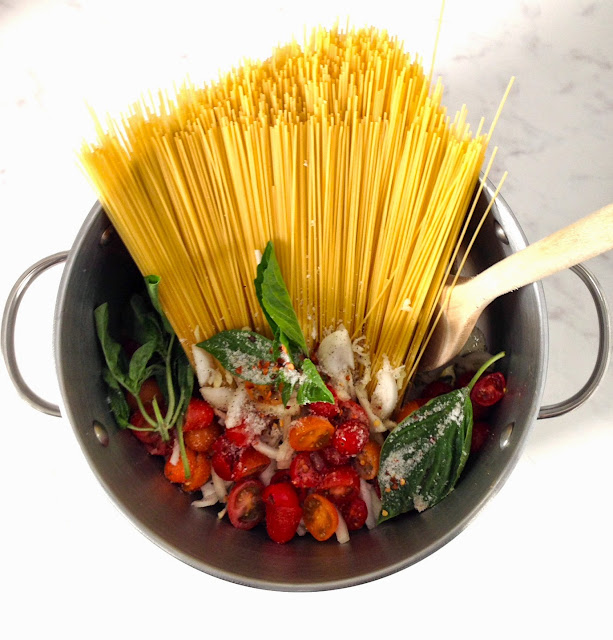 Being Italian I am always a little sceptical of Internet pasta recipes. Growing up on a healthy diet of pasta and tomato sauce, I’ve been spoiled with homemade sauce since before I could even speak the words to describe it. So, when a friend suggested this One Pan Pasta recipe to me a year ago I was a little hesitant. But, when I finally gave it a try I was blown away! Martha you’ve done it again.

Martha Stewart’s One Pan Pasta is delicious and incredibly simple. I’ve made it a few times now and after playing around with some of the flavours and directions (something I will only do after trying the recipe first) I’ve come up with my own spin on “a good thing.”

It used to be embarrassing to tell people that Martha Stewart taught me to make my first Basket Weave Pie at the age of 12. Yes, I watched Martha Stewart’s show when I was 12; but now I am kind of proud of this sad little piece of my personal history. As lame as it sounds, this and the fact that my mom will sometimes refer to me as Martha, should have been a sign that Martha Stewart would always be a part of my life. So when I decided it was time to give this “one pot” trend a try, Martha’s version was the obvious choice.

After trying Martha’s version, using a pot rather than the pan she has in her video simply because I don’t own that pan, there were a few changes I made to make her spin on this popular one pot trend my own. 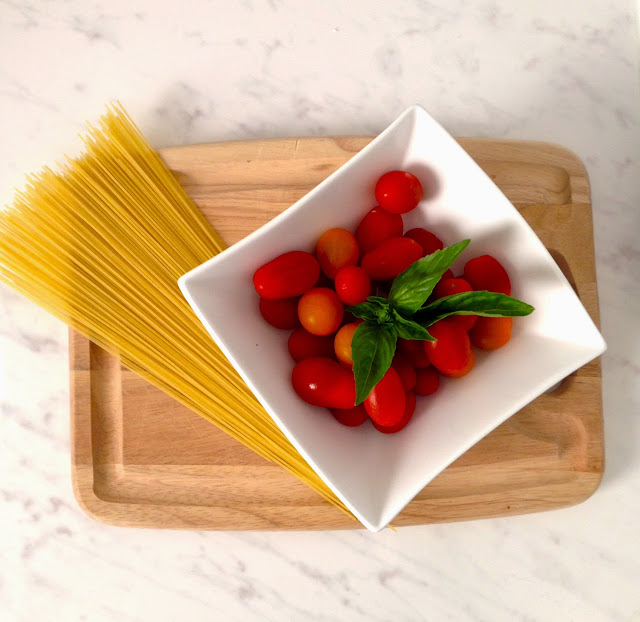 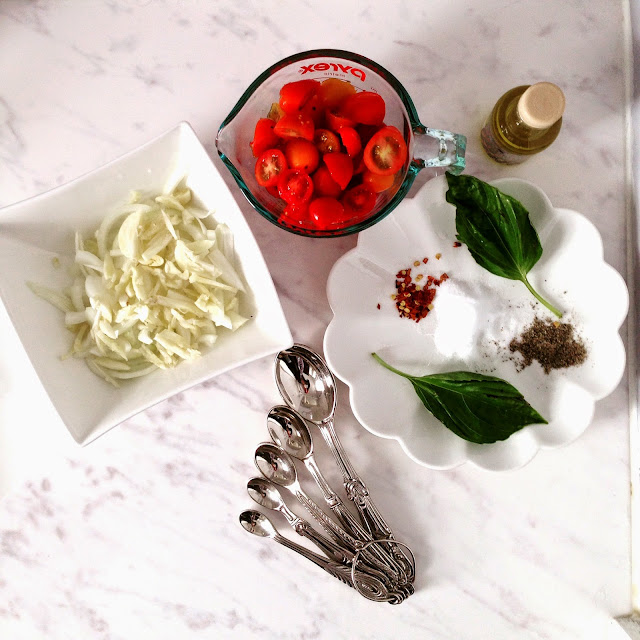 Option One: All at Once

Pour a tablespoon of olive oil into the bottom of your pot, combine pasta, tomatoes, onions, garlic, salt, pepper, pepper flakes and two basil sprigs into the pot, filling the space evenly. Pour in water and boil on high heat. Stir very often with tongs or a wooden spoon. Seriously stir the whole time or the pasta will stick to the pot. Cook for about 8-9 minutes, or until the pasta is cooked to your liking. Cooking times will vary depending on the type of pasta used (penne will take about 9 or 10 minutes).

Serve the pasta in four bowls, divide the remaining olive oil and pour over each bowl, grate Parmesan over the warm pasta and garnish with basil.

For this option you can prep the pot ahead of time (note: do not add the olive oil until you begin cooking for this option). Combine pasta, tomatoes, onions, garlic, salt, pepper, pepper flakes and two basil sprigs into your pot in the morning, or a few hours before you plan to cook the meal.  Cover the pot/pan with a lid or plastic wrap and refrigerate until it’s time to cook the meal.

Once you are ready to cook, simply add the olive oil and water to the pot and bring everything to a boil for about 8-9 minutes.

This option allows you to do all the prep work, toss it into the pot ahead of time and just add water when it’s time for dinner!

The one pot dish is a great option for a quick and healthy weeknight meal. The pasta absorbs all of the ingredients and makes for an incredibly flavourful bowl of bliss. 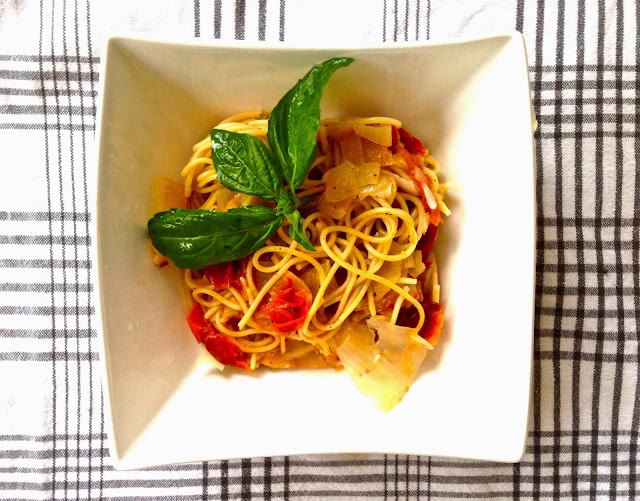 If you've come up with a variation on this recipe or other "One Pot" dinners please share, I would love to hear about them.

Email ThisBlogThis!Share to TwitterShare to FacebookShare to Pinterest
Labels: Food 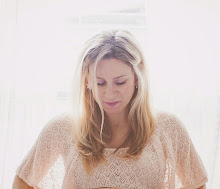 Hello! I'm Vanessa, a freelance writer, teacher and a new mom! I am a lover of food, fashion, vintage furnishings, literature, chasing dreams and everything whimsical. Follow me in my search for a creative life: